Inspirations - In which Mark learns to knit

This is Mark, my other half of many years. You may have come across him being terrifyingly efficient if a little bewildered at shows: 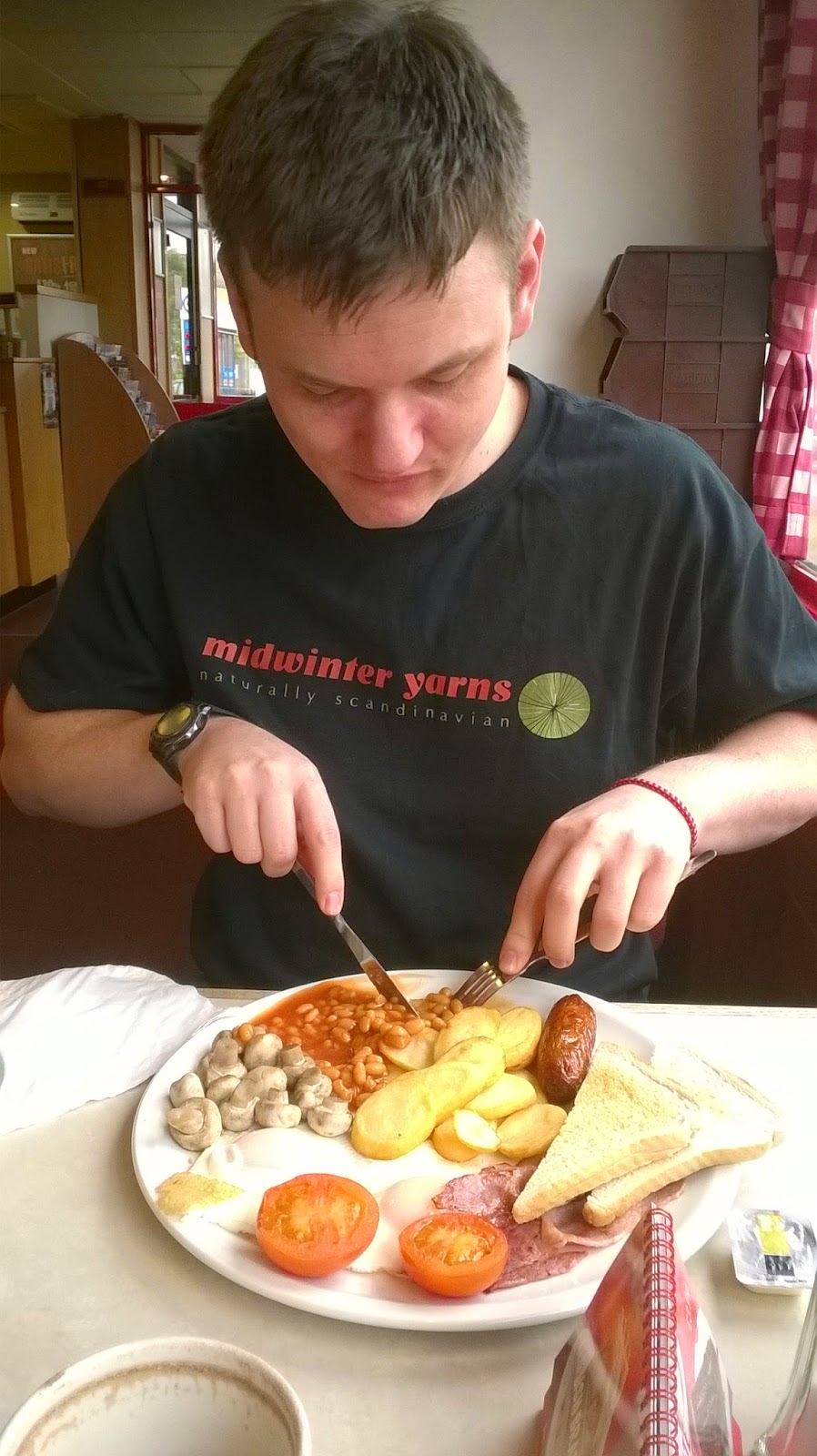 Although always appreciative of knitting and all things woolly, he has never expressed any desire to learn to knit himself, dismissing it as "too fiddly". Until now.
In the van on the way home from Unwind Brighton, Mark suddenly announced that "he probably should learn to knit". Apparently this was due to the two lovely bearded gentlemen who visited our stall a couple of times during the show and asked what the yarns were like to knit with. Although Mark was quite capable of answering questions about fibre content, origin and meterage, he had to admit that he was, in fact,"not a knitter". The gentlemen recoiled and looked him up and down with such vigour that it shamed him into feeling that really, if he's going to be selling knitting supplies, he should know what he is talking about.

So that became our little project for the holidays. I picked up some short, not too thin needles from the charity shop (everything at home is cabled and there was no need for those just yet) and found some nice British Breeds Jacob aran weight wool at home. We decided on a garter stitch cowl as a first project - not as soul-destroying as a neverending scarf, and something that he could actually use once it was finished.

After the initial tongue-sticking-out stage, he seemed to relax naturally into it: 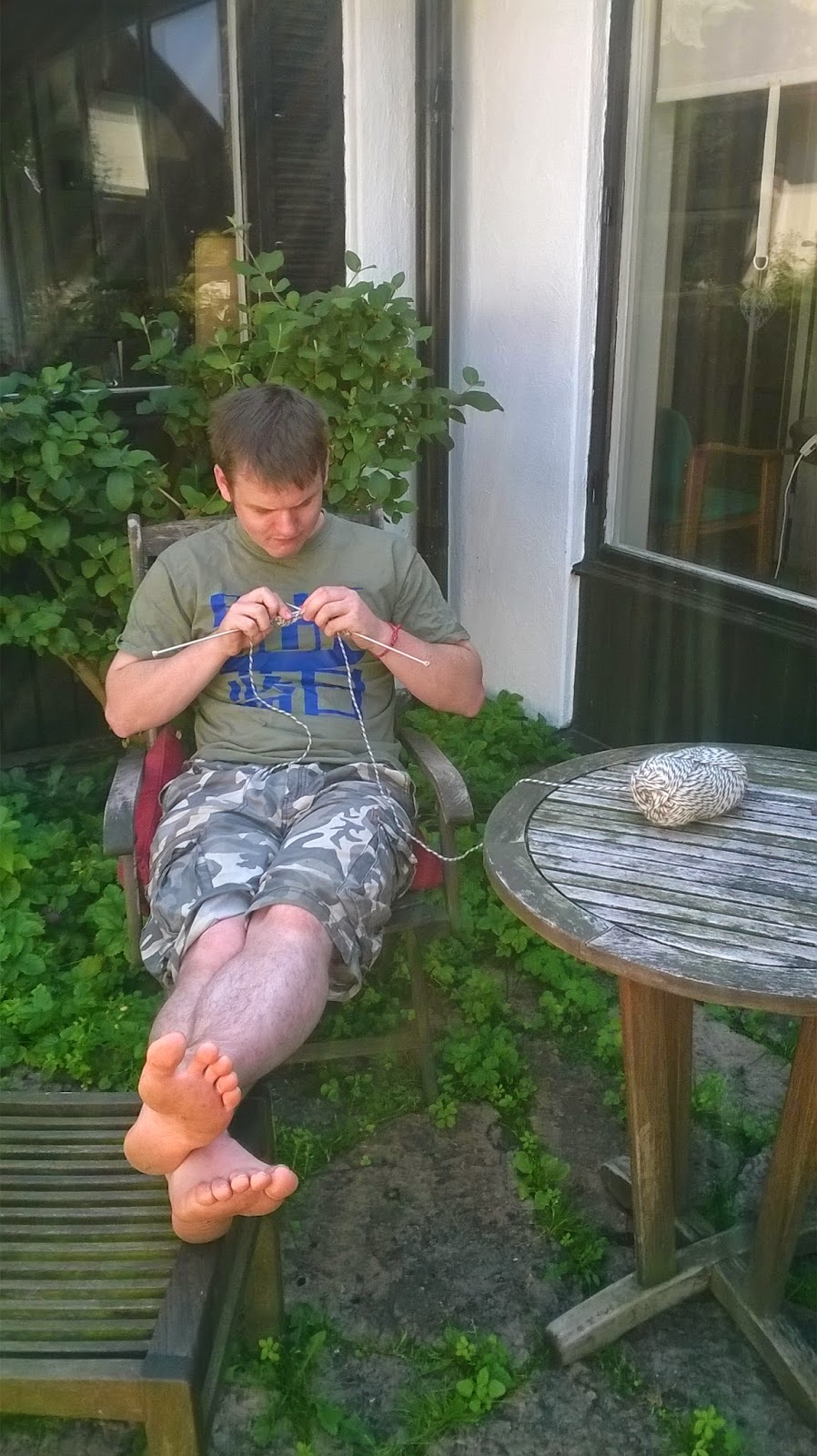 We left him alone for a morning: 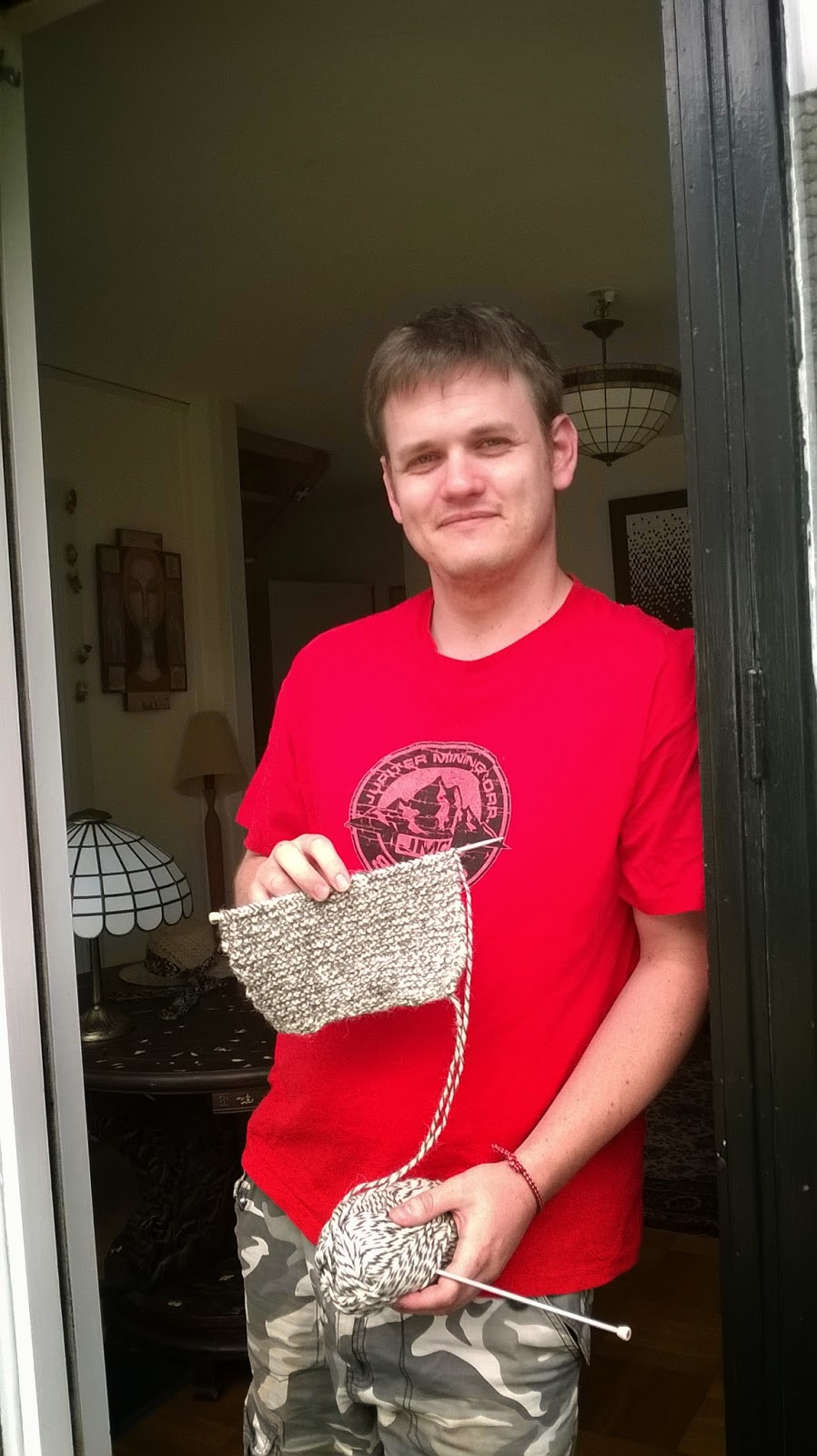 And before the week was up, lo and behold, finished cowl!: 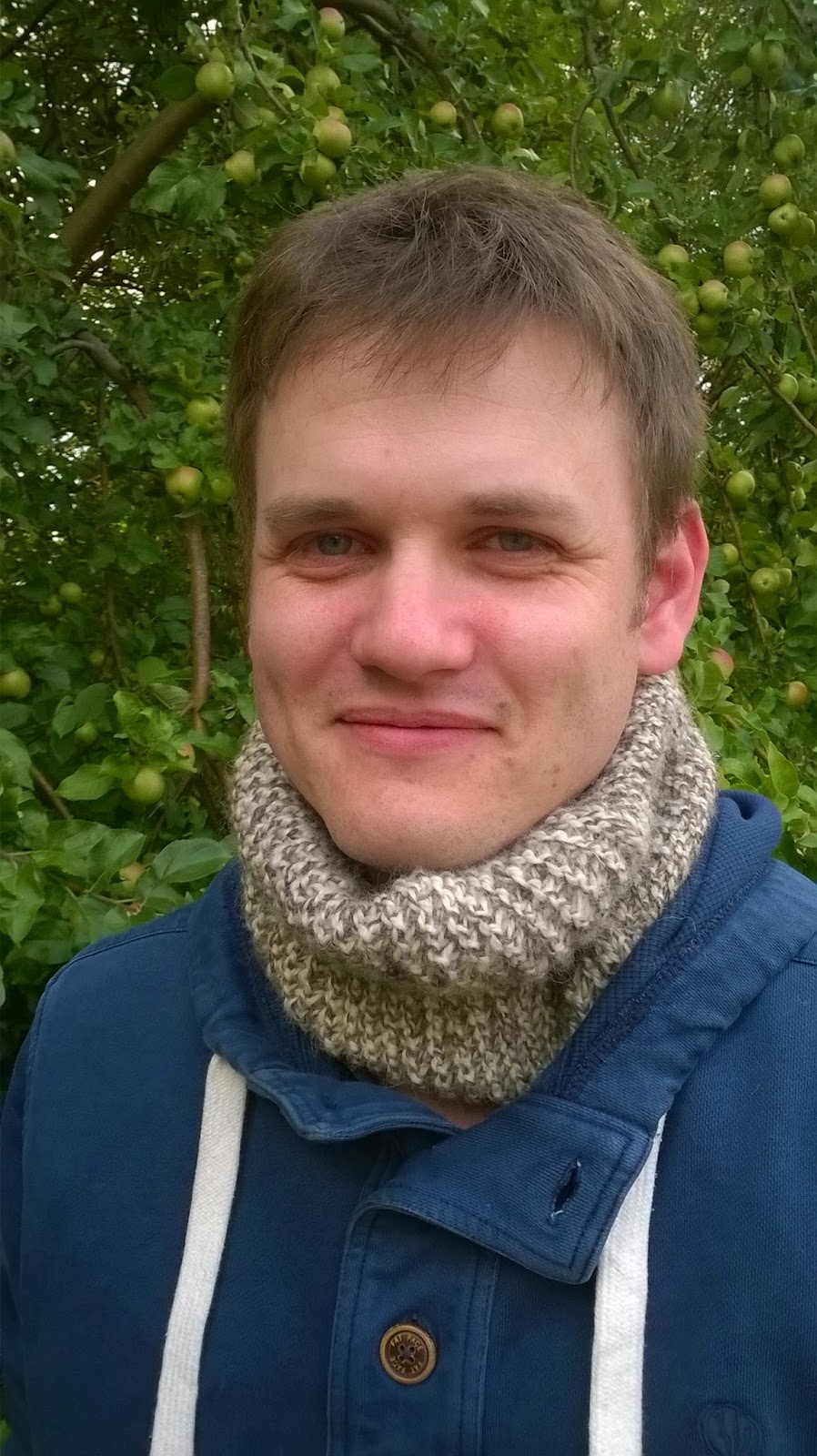 So thank you, kind bearded gentlemen of Brighton, you made Mark learn to knit :)

As for me, I was inspired by a visit to my friend Lina in Sweden. I've seen plenty of pictures of her house on her blog before, and the reality made me deeply jealous, in the kindest possible way. I am frustrated by the lack of architectural thinking in the UK, a long rant which I will spare you, and realising that what is considered a "tiny little house" in Sweden is in fact on par if not slightly bigger than our very middle class new-build (but with more windows and storage) was truly disheartening.
Just imagine waking up here every morning....


Even her studio a short drive away in town was breathtaking: you opened the door from a normal street and inside was this magical courtyard with ancient steps and tumble down outbuildings with painted doors, and of course, Lina's kingdom of fabric. :) 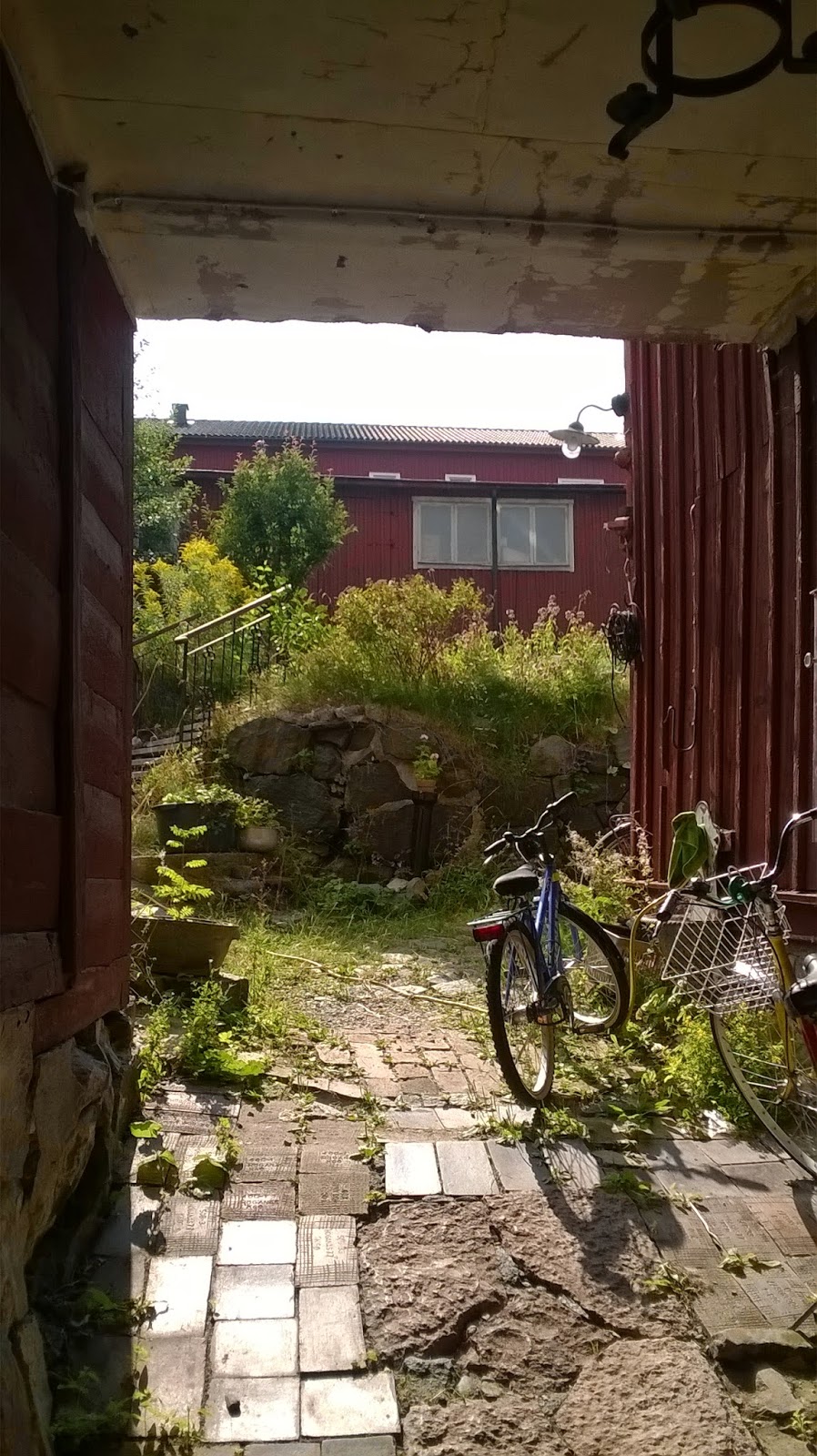 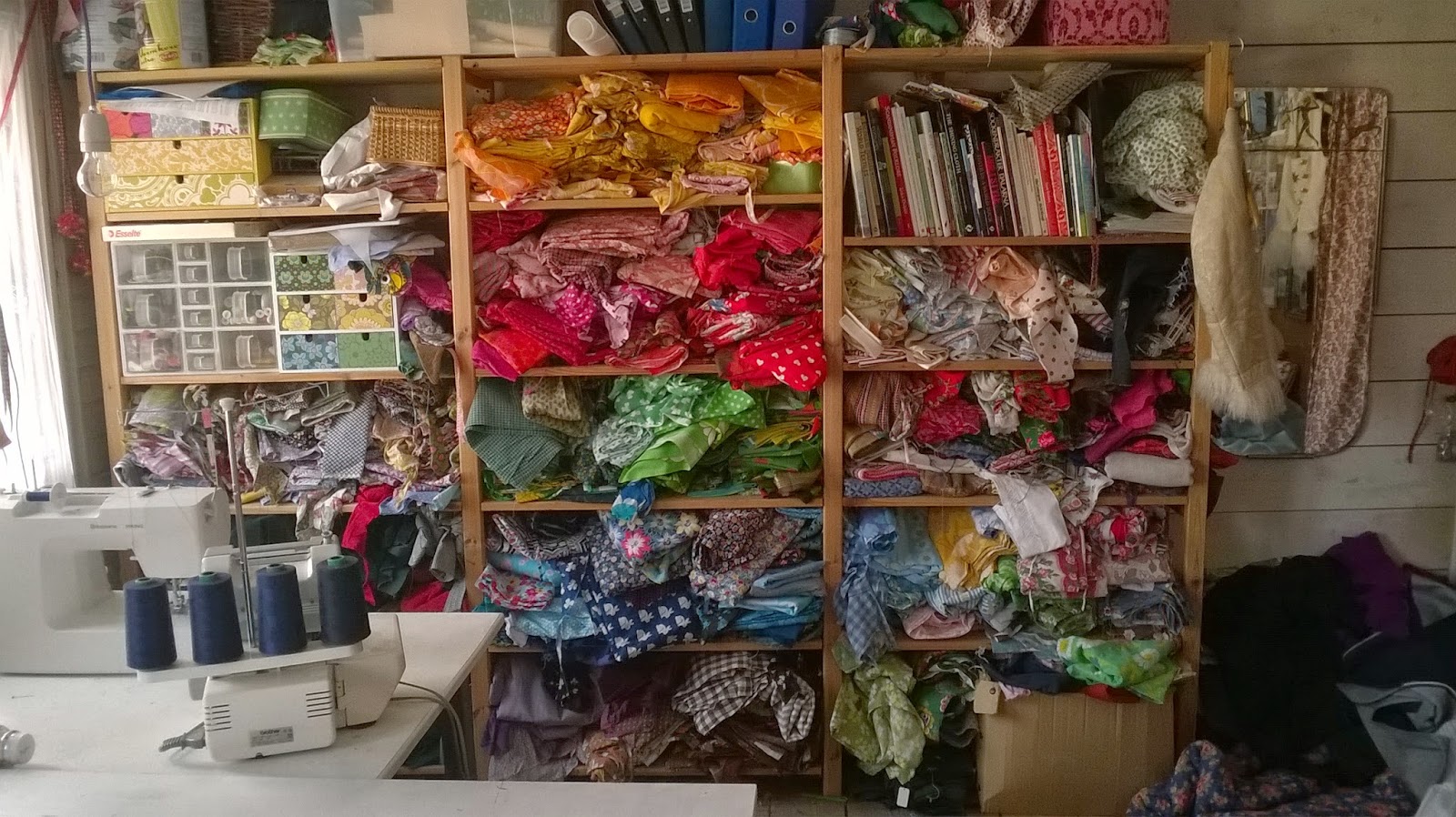 She even let me have a couple of goodies, some sunshine coloured sheets and that piece of orange fabric on the top, seen here with my other textile finds: 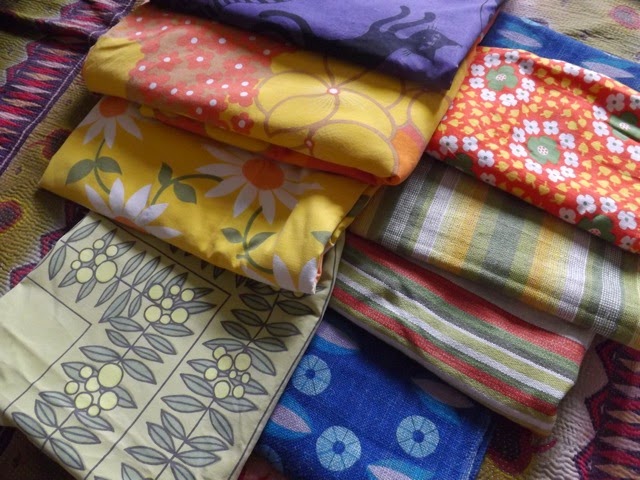 But at the same time, Lina's is a joyous, colourful, wonderfully Swedish home and it inspired me to try and do the best I can with what we've got and fill it with colour and crafts and ragrugs and fika.
﻿﻿
﻿﻿﻿﻿﻿﻿﻿﻿﻿﻿
I've even dug out my rigid heddle loom and set about making ragrugs - very handy as it's also helping me clear my craftroom of all the fabrics I don't really use anymore! 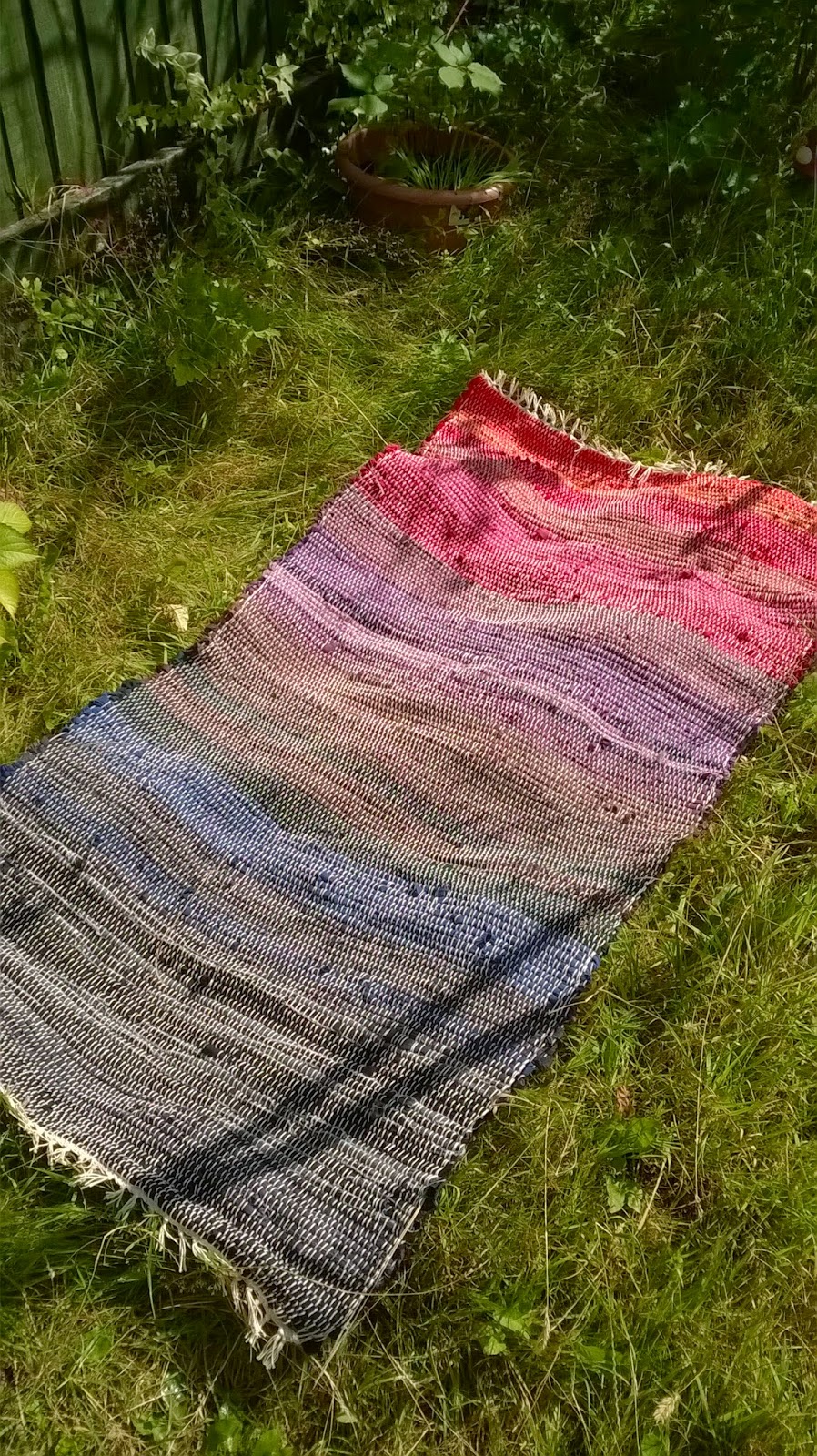 Posted by Midwinter Yarns at 02:06